Yerba Mate the national drink of Argentina could be seen as the most disgusting drink of all…but is not, trust me! Also known as mate, is a traditional South American caffeine-rich infused (pronounced YERR-bah MAH-tay) that was introduced to Spanish settlers by native Guaraní people in Paraguay. For most Argentines, it’s more than a popular drink, is a ritual performed with two vital pieces of kit. In Argentina itself, over 90% of the population drink mate. Did you also know that Yerba mate is the national drink of also Paraguay, Uruguay, and Southern Brazil where it is consumed 6 to 1 over coffee?

The tea is served in a gourd known as mate and the bombilla is the straw-filter – traditionally silver. The mate is usually made from dried, hollowed calabash fruit, often with hand-carved decorations. But did you actually know that drinking mate is a symbol of hospitality?  When you pass the mate around, a sense of connection emerges. The mate server is in charge of preparing the mate for a friend or a group of friends. The gourd is filled with hot water by the mate server and passed counter-clockwise with the bombilla.  Each person drinks the entire mate. After the last few sips, the mate is returned to the mate server.  The mate is refilled again with water and follows around the circle, continuing until the mate is flat.  If someone doesn’t want to drink mate anymore, they just simply say “Gracias” to the mate server.

With powerful benefits for your health and weight, — yes! it helps you to lose weight in a natural way — drinking mate is unbelievably good for you. Also is high in antioxidants — it actually has about 90% more antioxidants than green tea––, and can boost energy and improve mental focus. I’ll admit it: we’re obsessed with it (even kids). How could you not after all these amazing properties it provides?

Best Hostels in the World 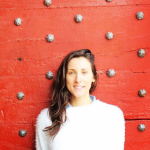 Best Hostels in the World

Why All Women Should Travel Solo Once in Their Lives 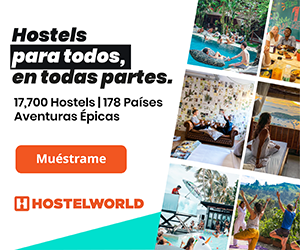